trumpanzees Swear They Hate Calls Of Racism...Except When Their Fearless Leader Does It Constantly

The former president has a critical race theory about the prosecutors investigating his various malfeasances.​ 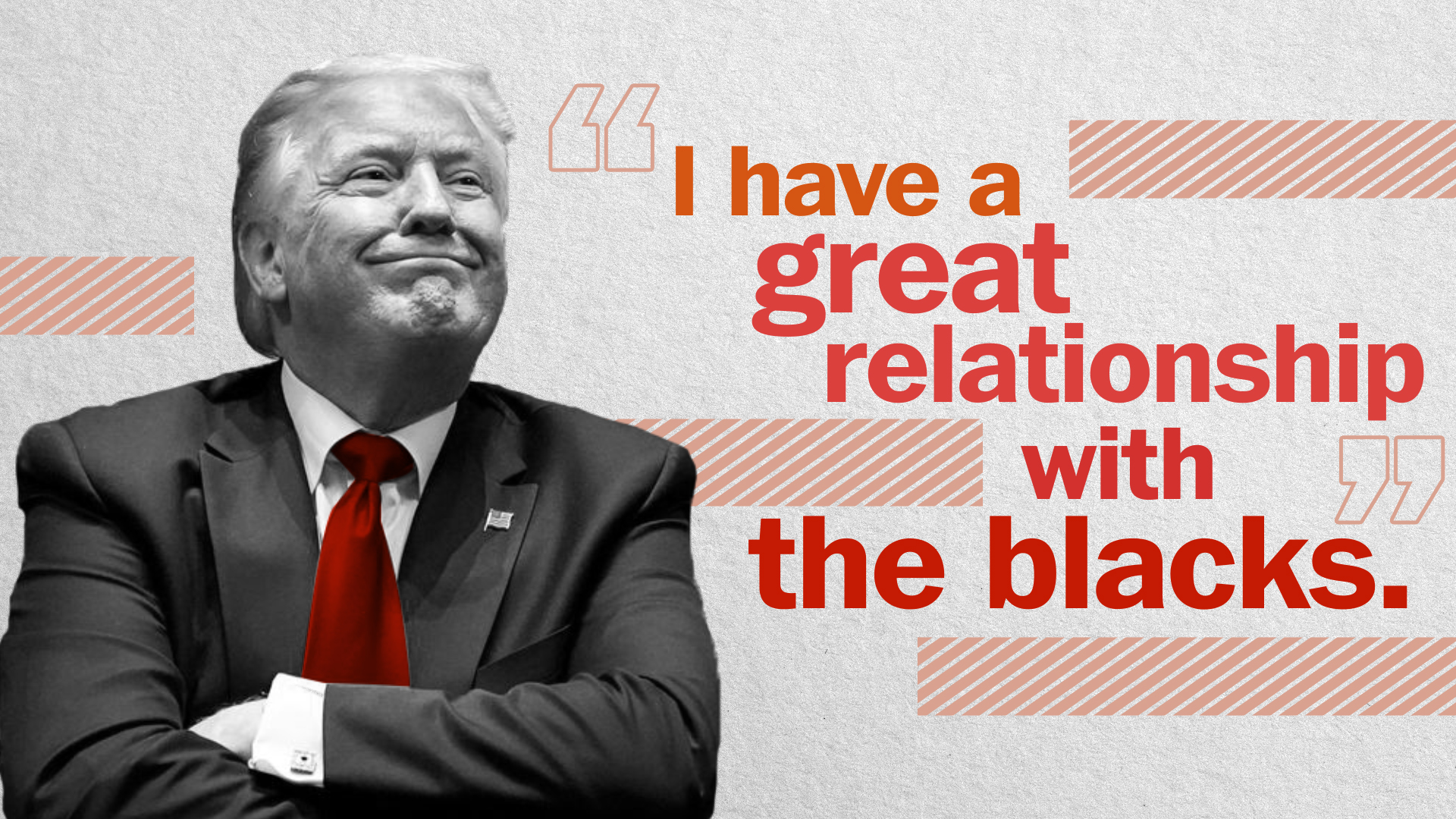 I was watching a clip of his Saturday night rally. Specifically, his extended monologue about all the prosecutions he’s currently facing. He referred to the prosecutors as “radical, vicious, racist.” Radical and vicious didn’t faze me. That’s the kind of rhetorical offal that oozes out of the man’s mouth every time he opens it.

But “racist”? Where did that come from? Why racist?

But after sitting with it for a moment, I began to grasp the logical connections. Of course! Who’s investigating him?

Yes, they’re Black. And because of that, it’s now a racist conspiracy against Trump. Never mind that it was the white Manhattan District Attorney Cyrus Vance who originated that office’s pursuit of Trump. Or that any Democratic New York attorney general or Fulton County district attorney would be exploring the same types of cases against Trump that James and Willis are. Or that the chief judge of the Fulton County Superior Court that recently approved Willis’s request for a grand jury is white, or that white Republican Brad Raffensperger, the state’s attorney general, said he would testify before that grand jury.

Never mind all of that. Donald Trump has to make it a race war.

This is not a strategy. This is who he is. It’s how he thinks. If the person in question is a Black Democrat, then that person by definition and temperament and biological destiny must be out to destroy him. Trump has broken the law into a million pieces for 40 years. He should have been prosecuted in New York state about seven attorneys general ago. Now that one finally is, and she happens to be a Black Democrat, to Trump that can only mean she’s on a vicious and explicitly racial vendetta.

Remember the incident with the “Mexican” judge in 2016? A suit against Trump over Trump University, another scam that should have been prosecuted years before, was assigned to federal judge Gonzalo Curiel. Trump repeatedly and poisonously charged that Curiel couldn’t possibly hear the case fairly because he was “Mexican” (his parents were Mexican, but he was born in Indiana) and thus obviously biased against Trump because of rhetoric about building a border wall.

It was absurd, offensive, and racist from top to bottom, as many Republicans conceded. But recall the most interesting part of it: Trump never bothered denying it. Yes, I remember him saying in one interview—Of course I’m saying he’s biased because he’s Mexican! What other reason would there be? In Trump’s essentialist worldview, people aren’t people, or at least nonwhite people aren’t people; they’re just manifestations of Trump’s own racist presumptions about their ethnic traits. Unless of course they’re Trump sycophants. Then they’re all right.

By tossing that word “racist” into the mix, Trump throws more gasoline on a bonfire he’s done more to inflame than any figure in the recent history of this country. He hasn’t thought this through because he doesn’t think anything through. But in his gut he knows: He needs to stoke race rage. It infuriates liberals and makes his followers adore him all the more.

And this isn’t the first time he’s done it this year. At a January rally in Arizona, he lied that “the left is now rationing life-saving therapeutics based on race, discriminating against and denigrating, just denigrating white people to determine who lives and who dies. You get it based on race. In fact, in New York state, if you’re white, you have to go to the back of the line to get medical help. If you’re white, you go right to the back of the line.”

Of course none of this is true.
Reactions: gatorspeed
R 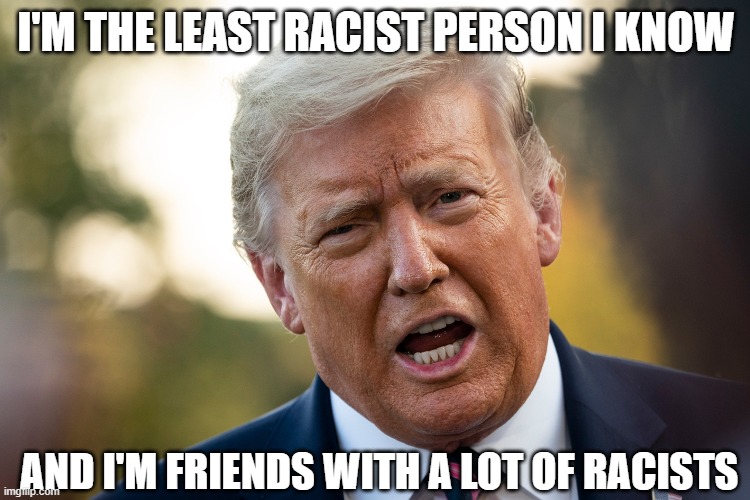 FORMER PRESIDENT DONALD Trump responded to a new lawsuit brought by New York Attorney General Letitia James on Wednesday by calling James a “racist” and alleging the lawsuit was a “witch hunt.”

“I never thought this case would be brought — until I saw her really bad poll numbers,” Trump wrote on Truth Social, “She is a fraud who campaigned on a ‘get Trump’ platform.”

In a separate post, the former president bizarrely called James “peekaboo,” noting that she is “a total crime fighting disaster in New York.”

Later in the afternoon, Trump once again referred to James as “Peekaboo,” and repeated reporting from the New York Times that real estate fraud cases are difficult to prove.

Wednesday’s Truth Social post wasn’t the first time Trump has called James, who is Black, a racist. He wrote in April, for example, that she was “racist and highly partisan” after a subway shooting in New York.

James’ suit, brought against Trump and three of his children — Ivanka, Don Jr., and Eric — alleges “numerous acts of fraud and misrepresentations” while seeking $250 million and a ban on Trump and his family from running a business in the state. It also seeks to prevent the members of the Trump family named in the suit from serving as officers in New York-based companies.

“Letitia James is not working for the Attorney Generals office — she is working for the DNC,” Eric Trump, Executive Vice President of the Trump Organization, wrote in a tweet.

Trump lawyer Alina Habba, who recently settled a lawsuit from a former employee that in part alleged Habba had referred to James as a “the black bitch” said in a Wednesday statement that “today’s filing is neither focused on the facts nor the law … rather, it is solely focused on advancing the attorney general’s political agenda.”

In her Wednesday announcement of the case, James listed some of the evidence against the family, including more than 200 instances of false asset valuations made by the organization over the span of a decade. “Trump and the Trump Organization repeatedly and persistently manipulated the value of assets to induce banks to lend money to the [them] on more favorable terms,” James said in announcing the suit, pointing out that the organization also deflated their asset value when it came to paying taxes.

In an August deposition given to James, the former president pleaded his Fifth Amendment right to remain silent more than 400 times, He is, however, expected to appear in an exclusive interview with Fox News’s Sean Hannity Wednesday night to give his live reaction to the lawsuit
Reactions: gatorspeed

The Cons on here are the first to call people racists. Such hypocrites.

BSC911 said:
The Cons on here are the first to call people racists. Such hypocrites.
Click to expand...

don ran a racist campaign there is no doubt about that, but i also would not be surpised if they hate his white privilege. we have watered down the term racist a bit too much for my liking.
R

trump's overt racism goes waaaaaay back before his campaign


‘No Vacancies’ for Blacks: How Donald Trump Got His Start, and Was First Accused of Bias​ 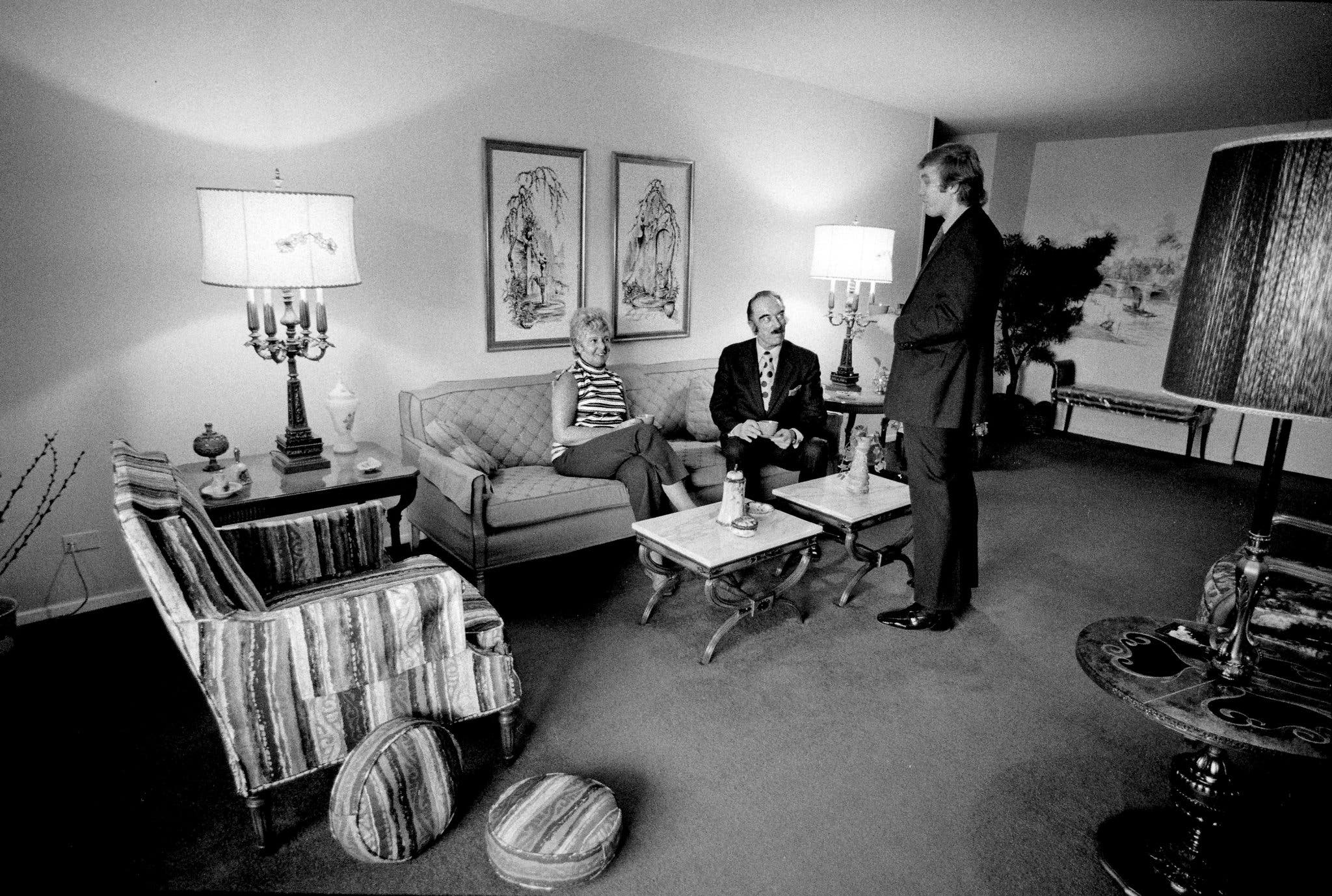 Fred C. Trump with his son Donald visiting a tenant in one of their apartment buildings in Brooklyn in January 1973.Credit...Barton Silverman/The New York Times

She seemed like the model tenant. A 33-year-old nurse who was living at the Y.W.C.A. in Harlem, she had come to rent a one-bedroom at the still-unfinished Wilshire Apartments in the Jamaica Estates neighborhood of Queens. She filled out what the rental agent remembers as a “beautiful application.” She did not even want to look at the unit.

There was just one hitch: Maxine Brown was black.

“I asked him what to do and he says, ‘Take the application and put it in a drawer and leave it there,’” Mr. Leibowitz, now 88, recalled in an interview.

It was late 1963 — just months before President Lyndon B. Johnson signed the landmark Civil Rights Act — and the tall, mustachioed Fred Trump was approaching the apex of his building career. He was about to complete the jewel in the crown of his middle-class housing empire: seven 23-story towers, called Trump Village, spread across nearly 40 acres in Coney Island.
R

RayGravesGhost said:
One guess what all of the lead investigators of donald trump have in common.... 🤣 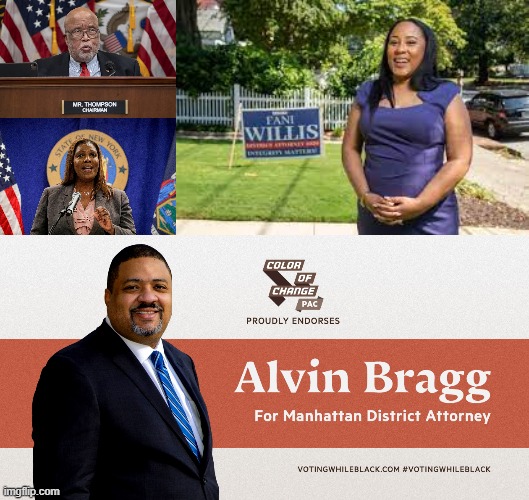 Elder reflected on former President Barack Obama’s claim that “racism” is an integral component of America’s national fabric. In 2015, Obama said, “The legacy of slavery, Jim Crow, discrimination in almost every institution of our lives, that casts a long shadow and that’s still part of our DNA that’s passed on. We’re not cured of it. Racism, we are not cured of it.”

Elder recalled Obama’s focus on fomenting racial resentment while lamenting the former president’s failure to use his position and talent against racial agitation.

Elder stated, “If anybody had a reason to believe that [anyone in] America could realize their potential if you work hard, it’s Barack Obama. What did he do when he gets in here? He said racism is in America’s DNA. He embraced the Black Lives Matter movement, had Al Sharpton in the White House over 70 times, talked about Ferguson — even though Ferguson was a lie — this guy ought to be ashamed of himself.”

Elder said Obama “is a racial fraud” and “racial hustler who did damage to America, in my opinion, then Jesse Jackson and Al Sharpton combined,” adding that the 44th president “had such credibility” and potential as a “well-educated,” “articulate,” and “smooth” president. 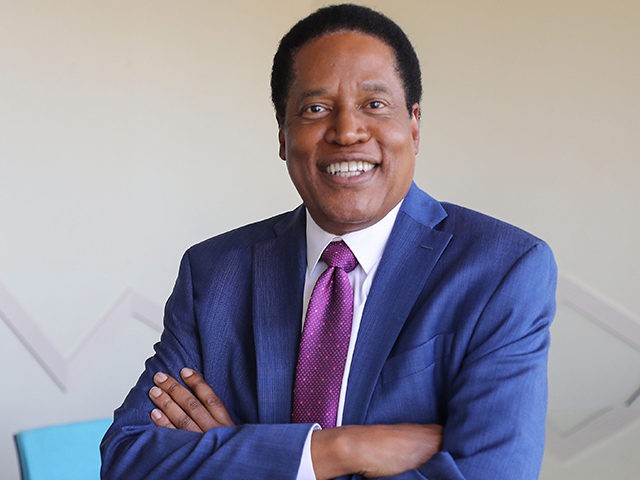 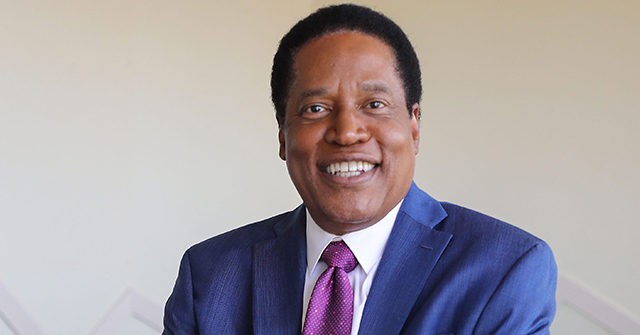 Uncle Tom II "has the potential to change race relations in this country if enough people saw it," Larry Elder told Breitbart News.

The GOP loser of the recall attempt on Gavin Newsome? 🤣

Name calling is out. Trumpanzees does not work here.

Please post links instead of long catting every new thread with full articles. Last warning ...
You must log in or register to reply here.

Trump takes the 5th, refuses to answer questions in probe of his business dealings