The prodigal son has returned... 🤣


https://www.yahoo.com/news/mary-trump-speculates-jared-kushner-050024497.html
Mary Trump speculates that Jared Kushner could be the 'Mar-a-Lago mole' after reports say an informant close to Trump guided FBI agents to the documents 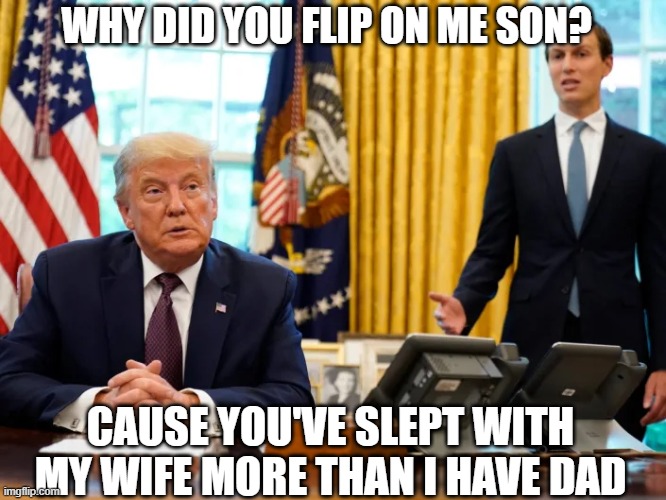 Mary Trump said she thinks the person who may have given the FBI information about documents held at Mar-a-Lago by her uncle, former President Donald Trump, could be Jared Kushner.

She made the comments during a radio interview on Friday with The Dean Obeidallah Show. The host asked her who she thinks could be the "Mar-a-Lago mole" after reports said the FBI was tipped off by an informant close to the former president.

"And we need to think about who could also be implicated in this that would need as big a play as turning Donald in in order to get out of trouble, or at least to mitigate the trouble they're in," she continued. "It sounds like somebody in Jared's position. I'm not saying it's Jared, but it could be."


Mary Trump, who has been a consistent and vocal critic of her uncle, wasn't the first person to point the finger at Kushner.

Michael Cohen, Trump's former attorney and fixer, told Insider's Natalie Musumeci on Thursday he too thought Kushner could be the FBI informant.

"It's definitely a member of his inner circle," Cohen said, adding he "would not be surprised to find out it is Jared or one of his children."

"Who else would know about the existence of a safe and the specific contents kept inside?" Cohen, who has also become a vocal Trump critic, said.

The FBI on Monday conducted the unprecedented raid on Mar-a-Lago. Court documents unsealed Friday showed the search was part of an investigation into potential violations of three laws related to handling government documents, including part of the Espionage Act. The documents also showed FBI agents recovered 11 boxes of classified materials.

Speculation about an informant followed reports earlier this week in The Wall Street Journal and Newsweek, which both cited unnamed sources.

Newsweek reported two government officials with knowledge of the raid said a person informed law enforcement there were certain documents at Mar-a-Lago. The sources also said the person knew where on the sprawling property the documents were being stored.

The Journal later corroborated the information, reporting that sources familiar with the situation said someone told investigators there were more classified materials at Mar-a-Lago than the 15 boxes Trump had turned over earlier this year.

Kushner wrote in his forthcoming memoir, titled "Breaking History: A White House Memoir," that he was ready for the end of Trump's presidency.

"It's been a wild five years, but in thirty days, we'll have a lot less responsibility and we will get our lives back," Kushner told Ivanka, according to the memoir, which was obtained by Insider
Last edited: Aug 14, 2022
You must log in or register to reply here.