Uh Oh...trump Has Been Caught Lying About Classified Material At Mar-A-Lago To FBI

Now we know why trump's talking with the FBI ended abruptly and Mar-A-Lago was raided...

trump had lied to them


https://www.nytimes.com/2022/08/13/us/politics/trump-classified-material-fbi.html
Trump Lawyer Told Justice Dept. That Classified Material Had Been Returned
The lawyer signed a statement in June that all documents marked as classified and held in boxes in storage at Mar-a-Lago had been given back. The search at the former president’s home on Monday turned up more.


At least one lawyer for former President Donald J. Trump signed a written statement in June asserting that all material marked as classified and held in boxes in a storage area at Mr. Trump’s Mar-a-Lago residence and club had been returned to the government, four people with knowledge of the document said.

The written declaration was made after a visit on June 3 to Mar-a-Lago by Jay I. Bratt, the top counterintelligence official in the Justice Department’s national security division.

The existence of the signed declaration, which has not previously been reported, is a possible indication that Mr. Trump or his team were not fully forthcoming with federal investigators about the material. And it could help explain why a potential violation of a criminal statute related to obstruction was cited by the department as one basis for seeking the search warrant used to carry out the daylong search of the former president’s home on Monday, an extraordinary step that generated political shock waves.

It also helps to further explain the sequence of events that prompted the Justice Department’s decision to conduct the search after months in which it had tried to resolve the matter through discussions with Mr. Trump and his team.

An inventory of the material taken from Mr. Trump’s home that was released on Friday showed that F.B.I. agents had seized 11 sets of documents during the search with some type of confidential or secret marking on them, including some marked as “classified/TS/SCI” — shorthand for “top secret/sensitive compartmented information.” Information categorized in that fashion is meant to be viewed only in a secure government facility.

The search encompassed not just the storage area where boxes of material known to the Justice Department were being held but also Mr. Trump’s office and residence. The search warrant and inventory unsealed on Friday did not specify where in the Mar-a-Lago complex the documents marked as classified were found.

Mr. Trump said on Friday that he had declassified all the material in his possession while he was still in office. He did not provide any documentation that he had done so.

A spokesman for the former president, Taylor Budowich, said on Saturday, “Just like every Democrat-fabricated witch hunt previously, the water of this unprecedented and unnecessary raid is being carried by a media willing to run with suggestive leaks, anonymous sources and no hard facts.”

The search warrant said F.B.I. agents were carrying out the search to look for evidence related to possible violations of the Espionage Act and a statute that bars the unlawful taking or destruction of government records or documents, as well as of the obstruction law. No one has been charged in the case, and the search warrant on its own does not mean anyone will be.

Last year, officials with the National Archives discovered that Mr. Trump had taken a slew of documents and other government material with him when he left the White House at the end of his tumultuous term in January 2021. That material was supposed to have been sent to the archives under the terms of the Presidential Records Act.

Mr. Trump returned 15 boxes of material in January of this year. When archivists examined the material, they found many pages of documents with classified markings and referred the matter to the Justice Department, which began an investigation and convened a grand jury.

In the spring, the Justice Department issued a subpoena to Mr. Trump seeking further documents believed to be in his possession. He was repeatedly urged by advisers to return what remained, despite what they described as his desire to continue to hold onto some documents.

In an effort to resolve the dispute, Mr. Bratt and other officials visited Mar-a-Lago in early June, briefly meeting Mr. Trump. Two of Mr. Trump’s lawyers, M. Evan Corcoran and Christina Bobb, spoke with Mr. Bratt and a handful of investigators he traveled with, people briefed on the meeting said.

Mr. Corcoran and Ms. Bobb showed Mr. Bratt and his team boxes holding material Mr. Trump had taken from the White House that were being kept in a storage area, the people said.

A short time after the meeting, according to people briefed on it, Mr. Bratt sent Mr. Corcoran an email telling him to get a more secure padlock for the room. Mr. Trump’s team complied.

The Justice Department also subpoenaed surveillance footage from Mar-a-Lago, including views from outside the storage room. According to a person briefed on the matter, the footage prompted concern among investigators about the handling of the material. It is not clear what time period that footage was from.

Over recent months, investigators were in contact with roughly a half-dozen of Mr. Trump’s current aides who had knowledge of how the documents were handled, two people briefed on the approaches said. At least one witness provided the investigators with information that led them to want to further press Mr. Trump for material, according to a person familiar with the inquiry.

Concern about Mr. Trump’s cavalier handling of classified information dates back to the early days of his administration. When Mr. Trump left office, President Biden quickly took the extraordinary step of barring him from receiving the intelligence briefings traditionally provided to former presidents, saying that Mr. Trump could not be trusted because of his “erratic behavior.”

The security of classified information at Mar-a-Lago was also a concern for government officials even while Mr. Trump was in office. During his presidency, the government built what is known as a SCIF — a sensitive compartmented information facility — for Mr. Trump’s use while he was at the club.

On Thursday, Attorney General Merrick B. Garland made a public statement saying he had personally authorized a search warrant being executed on Mr. Trump’s property, and he indicated that the Justice Department would only have made such a move after trying less invasive measures.

Shortly before Mr. Garland made the announcement, a person close to Mr. Trump reached out to a Justice Department official to pass along a message from the former president to the attorney general. Mr. Trump wanted Mr. Garland to know he had been checking in with people around the country and found them to be enraged by the search.

“The country is on fire,” Mr. Trump said, according to a person familiar with the exchange. “What can I do to reduce the heat?”

The following day, as a judge unsealed the warrant and the inventory of items that the F.B.I. took, Mr. Trump alternately claimed he did nothing wrong and also made the baseless statement that officials may have planted evidence on him.
R But but but, what about Obama?
Hillary’s emails.
JKF

ITS NOT FAIR!!!!!!!!
Reactions: RayGravesGhost
R

Yea I'm sure this will stick. Just like the thousands of other "bombshell" allegations. You double masked libs still trying to define the term "woman" need to move past Trump. November is going to be a bloodbath for dems and come 2024 we will have a new president and he will be a Republican.
Reactions: gatordad3, jfegaly and Dr. Curmudgeon
R

Stick to the topic Francis...

You won't get an honest answer. I'm sure Vanity Fair also has pedo subjects he reads about. There's also another lib here who reads it religiously.

gatordad3 said:
You won't get an honest answer. I'm sure Vanity Fair also has pedo subjects he reads about. There's also another lib here who reads it religiously.
Click to expand...

I know he’ll never admit it. The goal is to paint any Brandon supporter with a giant red P.
R

trump is a "peeping tom"
trump likes to peep on underage girls...

Four women who competed in the 1997 Miss Teen USA beauty pageant said Donald Trump walked into the dressing room while contestants — some as young as 15 — were changing.

"I remember putting on my dress really quick because I was like, ‘Oh my god, there’s a man in here,’ " said Mariah Billado, the former Miss Vermont Teen USA.

Trump, she recalled, said something like, "Don’t worry, ladies, I’ve seen it all before."

Three other women, who asked to remain anonymous for fear of getting engulfed in a media firestorm, also remembered Trump entering the dressing room while girls were changing. Two of them said the girls rushed to cover their bodies, with one calling it "shocking" and "creepy." The third said she was clothed and introduced herself to Trump.


Billado said she told Ivanka Trump (Trump’s daughter), about Donald Trump entering the room while the girls were changing their clothes. Billado remembers Ivanka answering, "Yeah, he does that."

Three days before Kind made his statement, CNN reported on comments Trump has made about women to radio talk show host Howard Stern over the years. In a 2005 interview, Trump talked about walking in on naked contestants -- but that was in response to a discussion about the Miss USA and Miss Universe pageants, whose contestants are adults. Trump said:

Well, I'll tell you the funniest is that I’ll go backstage before a show, and everyone's getting dressed and ready and everything else, and you know, no men are anywhere. And I'm allowed to go in because I'm the owner of the pageant and therefore I'm inspecting it. You know, I'm inspecting, I want to make sure that everything is good.

You know, the dresses. ‘Is everyone okay?’ You know, they're standing there with no clothes. ‘Is everybody okay?’ And you see these incredible looking women, and so, I sort of get away with things like that. But no, I've been very good.
R 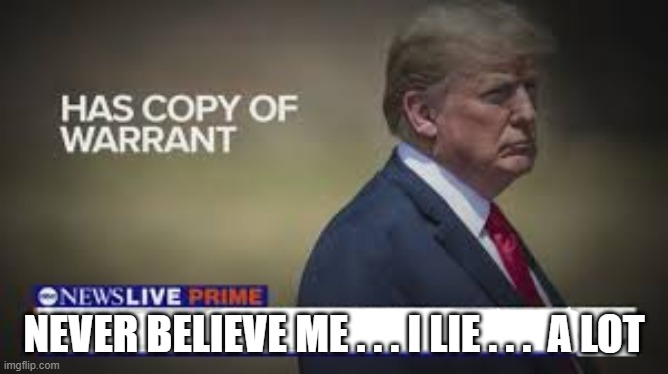