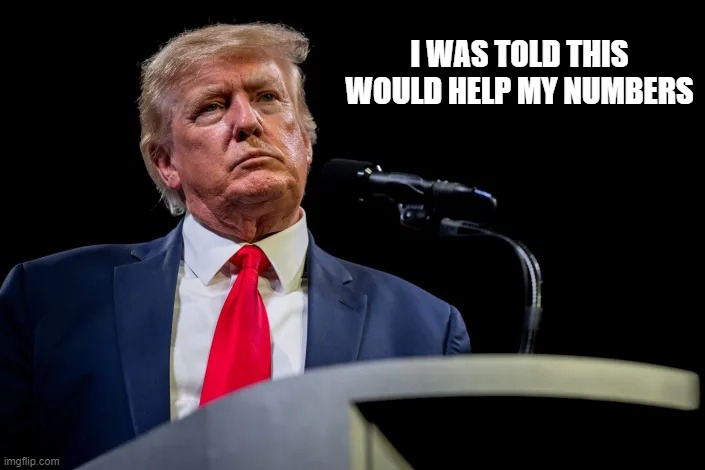 Former President Donald Trump was initially "upbeat" about the FBI raid of his Mar-a-Lago residence, but his mood at times turned dark when GOP support started waning, according to a report.

Sources told The Washington Post that Trump believed the FBI raid would benefit him as it looked like the Justice Department had overreached.

"He feels it's a political coup for him," one friend who had spoken with the former president multiple times told The Post, speaking under the condition of anonymity.

Trump believed the raid would cause Republicans to rally around him, the report says, and would create more support for a potential presidential bid in 2024.

Reports suggest Republicans are now struggling to respond to the revelations, and some Trump allies are starting to distance themselves.

Some Republicans have conceded that it would be concerning if Trump kept information about nuclear weapons.

On Friday, the Freedom Caucus, a group of conservative House Republicans, canceled at short-notice a press conference about the Mar-a-Lago raid, according to CBS reporter Scott MacFarlane.

Following this shift in support, Trump's buoyant mood has at times turned dark, The Post reported, according to people who had been around him.

Despite this, many of Trump's most loyal allies, such as Rep. Marjorie Taylor Greene, have strongly supported him.

Trump's supporters across the US have continued to back him, with users of his Truth Social platform calling for civil war and advocating for violence against the FBI, NBC reported.

The Department of Justice raided Trump's Florida residence to investigate whether he broke three laws, including the Espionage Act, by taking government records with him.

Trump's defense of the records found at Mar-a-Lago has continued to change. He has baselessly suggested evidence was planted, falsely accused former President Barack Obama of doing the same, and claimed that documents he took were automatically declassified.
You must log in or register to reply here.

Somebody Is "TRIGGERED"... LOL