https://www.cnn.com/2022/08/26/poli...ster-request-mar-a-lago-doj-search/index.html
Trump re-ups request for 'special master' but glosses over some questions from the judge
Anchor Muted Background
By Tierney Sneed, CNN

In the new Friday night filing, Trump pointed to some additional legal discussion of case law that he said supported his request. One of those cases had to do with his former attorney Rudy Giuliani. Nowhere in the filing did Trump suggest that material dealing with attorney-client privilege was seized in the FBI's search of his resort.

The new response appeared to fall short of the elaboration Cannon was seeking. Trump did not elaborate on what exactly he hoped a special master -- a third-party attorney -- would filter out, besides general allusions to "privileged and potentially privileged materials."

He also did not include with the filing a motion for immediate action from the judge -- like a request for a temporary restraining order or a preliminary injunction -- despite the judge's request that he put before her "the precise relief sought, including any request for injunctive relief pending resolution of the Motion."

Trump claimed that the newly released redacted affidavit the FBI submitted in court to obtain the warrant for the search raised "more questions than answers."

Cannon, a Trump appointee, was not alone in finding that the original Monday motion lacked certain legal elements one would expect with a request like the one the Trump was making.

For one, Trump waited two weeks after the August 8 Mar-a-Lago search was executed to formally ask a court to step in. And his Monday filing lacked the kind of motion -- such as a preliminary injunction motion or a temporary restraining order request -- that would prompt quick action from the court.

The discussion of Trump's legal arguments for why the judge had the authority to grant his request was thin. Much of the Monday filing instead was filled with politically charged rhetoric. Among other things, the Monday complaint boasted about Trump's 2024 polling numbers, rehashed his gripes with the FBI's 2020 Trump-Russia probe, and repeated the full text of a "message" Trump supposedly sought to deliver through his lawyers to Attorney General Merrick Garland about "angry" mood the country was in after the raid.
R

We will see if the DOJ can Judge shop like they did with the original warrant. Waiting until a Trump hating magistrate was on deck to handle that request. Appeal will probably go to a panel of the 11th if they will even hear the DOJ's frivolous appeal on this.
Reactions: jfegaly
G 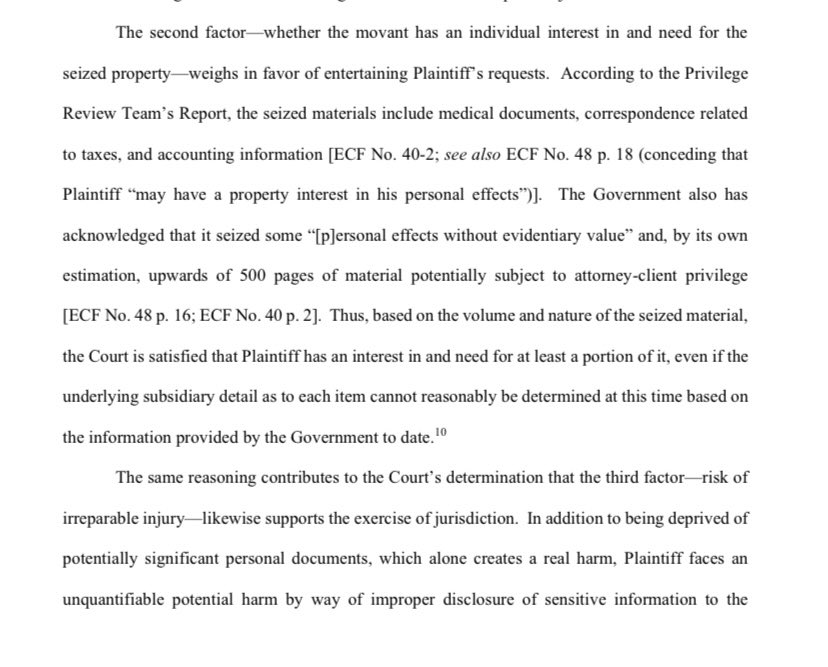 School's Out...trump Loses At The Supreme Court Again and This Time Its Over For Real (LOL)