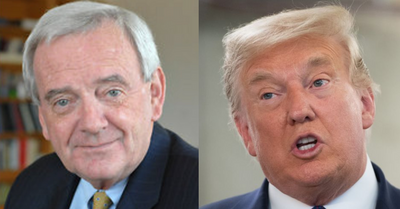 Former President Donald Trump’s battle with the FBI over its search of Mar-a-Lago has moved from South Florida to New York City, where a court-appointed “special master” on Tuesday indicated he has a very simple test for whether he sides with the Department of Justice.

The special master, Raymond J. Dearie, said Tuesday that if Trump’s lawyers don't officially counter whether the documents the former president took are classified, then Dearie will side with the DOJ.

Dearie, a semi-retired federal judge in Brooklyn who’s playing the role of temporary referee, wants to speed up the process and get federal agents back on track. And while Trump has been alleging on social media that he already declassified the records he swiped from the White House, Dearie is demanding that Trump put up or shut up. The senior judge wants Trump’s team to clarify—in sworn affidavits where lies could mean jail time—whether or not Trump actually declassified them.

Dearie said he wasn’t going to “hurry,” but noted that time is of the essence.

He also cautioned Trump's lawyers not to be coy simply to avoid making mistakes and oversharing potentially damning information.

“This is not a criminal case. The plaintiff has the burden of establishing his right to relief,” he said.

When Trump lawyer James M. Trusty argued his team “shouldn't be in a position where we have to disclose… declassification defenses,” Dearie wasn’t having any of it.

“You can't have your cake and eat it too,” Dearie shot back.

Dearie is tasked with reviewing the seized documents and analyzing which ones can continue being used by the Department of Justice to build its case against the former president for putting the nation at risk by keeping more than 100 classified documents at his Palm Beach club long after leaving office.

The FBI’s investigation—a delicate undertaking that could result in criminal charges against a former president for the first time in American history—has ground to a halt following a bizarre intervention by a federal judge Trump appointed himself. When Trump sued the United States government he once led, U.S. District Judge Aileen Cannon in Florida answered his pleas earlier this month and, in an opinion that was widely criticized for its intellectual gymnastics, gave Trump exactly what he wanted.

Trump, waving his expired credentials, demanded the return of documents he claimed were protected by a president’s “executive privilege” or by the traditional “attorney-client privilege” that keeps legal correspondence private. To get that, his attorneys asked for special treatment and the appointment of an arbiter to play referee over the handling of hundreds of government records and some of Trump’s personal items. Cannon froze the investigation and called for the appointment of a “special master” who answers directly to her.

Trump’s legal team put forward two candidates: Paul Huck Jr., a Florida attorney with a clear conflict of interest because he’s married to a conservative federal appellate judge who may oversee appeals in this case, and Dearie, a well-respected federal judge who once approved the FBI surveillance of Trump associate Carter Page. The Justice Department suggested two of its own but agreed to go with Dearie.

The senior judge in Brooklyn, who was once appointed as the top federal prosecutor in Brooklyn by former President Ronald Reagan, is going to begin sifting through a gargantuan mountain of evidence. The Justice Department says it has 11,000 documents in question.

Cannon’s order dictates that Dearie must distinguish between Trump’s “personal items,” official presidential records that could be subject to “executive privilege” even though he’s out of office, and classified documents. Dearie is also to verify that the FBI’s “detailed property inventory” of things it seized at Mar-a-Lago is actually accurate. He’ll be hearing from both sides, making an independent assessment, then sending his recommendations in reports to Cannon down in Fort Pierce, Florida.

Dearie has been given wide discretion, as he can seek answers from the government agency that started this all: the National Archives and Records Administration. Historians there, who are tasked with building an accurate record of each presidency, were alarmed last year when they discovered that the Trump administration simply refused to turn over some materials on the way out. What followed were months of negotiations, an awkward visit to Mar-a-Lago to pick up boxes that should never have been there, and eventually a referral to the FBI when Trump’s attorneys stopped answering questions.

The DOJ started investigating, formed a grand jury in the nation’s capital, and sent subpoenas seeking the return of classified records. Even the counterintelligence chief got involved, heading south in May to see for himself. What he and visiting FBI agents saw there heightened their concerns, leading to the FBI’s raid in August.

Dearie’s review is meant to be limited to that FBI search, although anything he determines could have lasting implications on the investigation—and could corner Trump into admitting to a crime.

On Monday evening, Trump attorney James Trusty wrote to Dearie warning that his requests for additional details have already gone well beyond Cannon’s order and would force Team Trump “to fully and specifically disclose a defense to the merits of any subsequent indictment.”

Dearie also shows that he wants to speed things up. Although Cannon ordered Dearie to finish his review by Nov. 30, court filings reveal that Dearie actually wants all records labeled and ready to review by Oct. 7. That could mean that we see action—and potentially damning conclusions—before Election Day this year.

Making this sting even more, Trump has been ordered to pay for Dearie’s salary in the meantime.

This legal fight is actually proceeding on two fronts, with the feds and Trump duking it out in Brooklyn while Cannon’s entire special master arrangement is on appeal in the Eleventh Circuit out of Atlanta, Georgia.

The DOJ appealed her decision on Sept. 9. On Tuesday at noon, just before the special master hearing in Brooklyn, Trump’s lawyers told the appellate court in a filing that this entire case is nothing but “a document storage dispute that has spiraled out of control.”

“The government wrongfully seeks to criminalize the possession by the 45th president of his own presidential and personal records,” they wrote.

That means judges in Florida, Georgia, and New York—and perhaps at some point even the Supreme Court in Washington—will weigh in on who, exactly, owns these White House records and classified documents.
Reactions: kalimgoodman
R

We all agree...Anyone who bought that foolishness that trump & his handpicked lackey of a judge made any sense at all need their heads examined 🤣

trump has been determined to be by a US court of law.... a harm to the United States of America 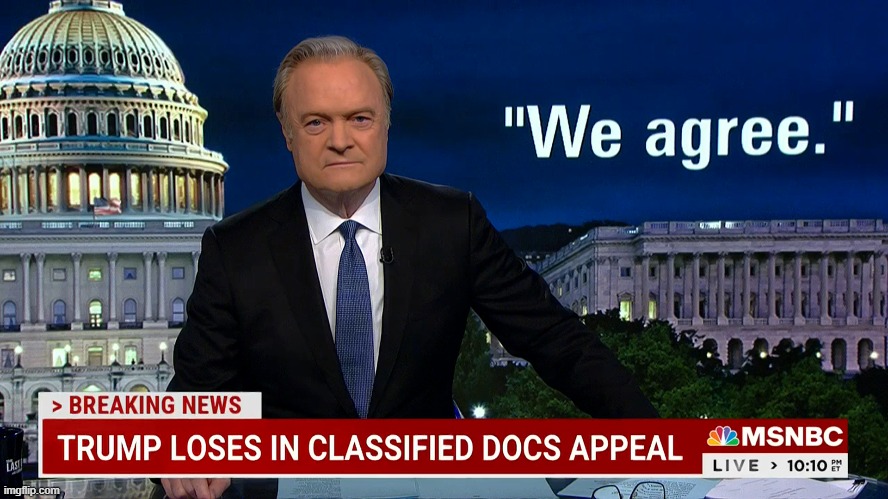 Thanks for the updates RGG. I haven't been getting much Trump news while overseas.
Reactions: RayGravesGhost
M

the penalty for treason is.........
Reactions: RayGravesGhost