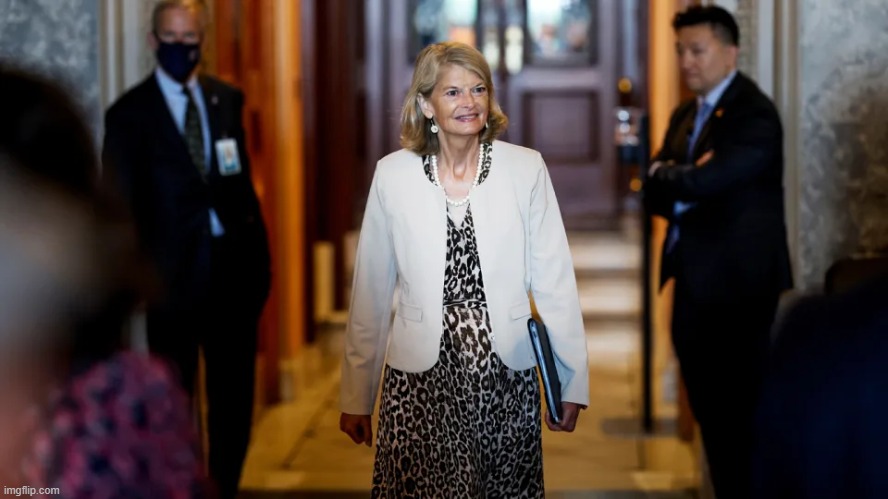 Republican Sen. Lisa Murkowski’s surprisingly strong showing in Alaska last week has sparked new interest in election reforms used by the state and that could be a model for the rest of the country, as well as scrutiny from those who suspect the changes may favor one party more than another.

Murkowski, a Republican, was targeted for defeat by former President Trump, whom she voted to impeach after the January 6, 2021 assault on the U.S. Capitol. But Murkowski received the most votes of any candidate in the nonpartisan primary, with 44% of the vote to just under 40% for the Trump-backed candidate, Kelly Tshibaka. The rest of the vote was split between a handful of other contenders.

If Alaska had conducted its primaries the way it has in the past — the way most states still do — Murkowski likely would have lost to Tshibaka. But election reform advocates say it’s a mistake to view the new system as helpful or hostile to either Republicans or Democrats.

“This doesn’t mean Trump-endorsed candidates don’t win. If that’s who a majority of November voters want, that’s who they get. It just means all November voters have a voice rather than just 10% of people who turn out in summer primaries,” said Katherine Gehl, founder of the Institute for Political Innovation, a group that has pushed for the changes.

In other words, Alaska’s new system stops a minority of voters in either party from eliminating a candidate with broad appeal before most voters even cast ballots.

In 2020, Alaska voters approved a system which discarded multiple party primaries and merged them all into one contest. Last week, all voters cast ballots in one single primary, rather than separate primaries for Republicans, Democrats and other minor parties.

Murkowski lost that 2010 primary to a more right-wing Republican candidate, Joe Miller, but she ran as a write-in candidate in the fall general election, and pulled off a remarkable and decisive victory.

The second change Alaskans made in 2020 was to the fall election, known as the general election. The winner of that contest will now be chosen by ranked-choice voting, ensuring that the eventual winner will receive more than 50% support from the voters, rather than winning with less than 50% as other candidates split up the rest of the vote.

Much of the attention on election reforms in the past few years has been on ranked-choice voting. But Murkowski’s survival last week had nothing to do with ranked choice.

Reform advocates increasingly say that it is the combination of nonpartisan primaries with ranked-choice voting that will do the most to depolarize American politics and empower politicians to fix problems, and their emphasis is ever more so on the primary part of the equation.

“We see the combination of nonpartisan primaries and ranked-choice voting as the most powerful election reform,” Nick Troiano, executive director of Unite America, told Yahoo News. Unite America published a report last year showing that 8 out of 10 members of Congress are effectively chosen by about 10% of voters, because of the party primary system.

“Reform is gaining momentum as more Americans are realizing that if they want to fix the people they have to fix the system,” Troiano said.

But some Republicans in Alaska have attacked the voting reforms. Former Alaska Gov. Sarah Palin, who is running for Congress, has been one of the loudest critics. Palin called the new system “crazy” and “cockamamie” even though it might enable her to win the special election for former Rep. Don Young’s open seat, even though she finished second in the first round of voting.

Palin finished with 32% of the vote, behind Democrat Mary Peltola’s 38%, but ahead of fellow Republican Nick Begich’s 29%. If enough of Begich’s voters listed Palin as their second choice, she could end up the winner when all the votes are finally tabulated on August 31.

Republicans in the state legislature also told the Anchorage Daily News that there will likely be efforts to repeal parts of the new system in the next legislative session. And right-wing activists have complained that Murkowski worked behind the scenes to help pass the nonpartisan primary and ranked-choice system because it would favor her politically.

But in Nevada, Democrats are opposing the push by reformers to enact the very same system that Republicans are complaining about in Alaska. Democratic Gov. Steve Sisolak and both U.S. senators, Jacky Rosen and Catherine Cortez Masto — both also Democrats — all are against the changes. And Democrats in Nevada led the legal challenge to stop the issue to be decided by voters in the first place, but the state Supreme Court ruled in June that the reforms would be allowed on the ballot this fall.

Nevada voters will have to approve of the nonpartisan primary and ranked-choice system in two separate referendums, this year and again in 2024, for it to become state law.

“I'd be worried if we were not attracting political opposition because that would mean the status quo is not threatened by these reforms,” Troiano said.

It makes sense that both political parties find it disconcerting to get rid of party primaries. It is the way that they have chosen a nominee for every political office since the 1970s, when party bosses lost control of the nominating process.

But public discontent with the political status quo is rising. A recent New York Times/Siena College poll found that 50% of Americans think the country’s system of government should have “major reforms,” and 8% think it should be “completely replaced.” Another 29% said they think at least “minor changes” are required.

Troiano shared the results of a recent poll conducted by Frank Luntz for Unite America that showed 65% support for a nonpartisan primary, and only 13% opposition.

And as the number of unaffiliated voters rises in some states, it may be that letting go of the party primary is the best way for Republicans and Democrats to reduce the chance of a viable third-party establishing itself, or of multiple parties bursting through. These election reforms would enable both parties to grow beyond their most extreme and hardline voters and to send representatives to Congress, state legislatures and even the presidency. The reforms would bolster pragmatic politicians who are looking to please the majority of voters by solving problems rather than a small slice of the electorate that only wants them to fight the other side.

“Eventually, one of two things will happen: Either more states will adopt Alaska’s system, or the frustrated middle will become large enough to push both sides out,” wrote Henry Olsen, a conservative columnist for the Washington Post. “That latter response is what’s happening in many European countries as traditional parties are swept aside in favor of new, outsider ones.”
You must log in or register to reply here.

Has everyone noticed how afraid the left is of our movement?

Abortion, the Woman's Vote and the 2022 Election