There are no connections between the administration and the insurrectionists...

Sound similar to the lie that the trump campaign had no contact with any Russians prior to the 2016 election? 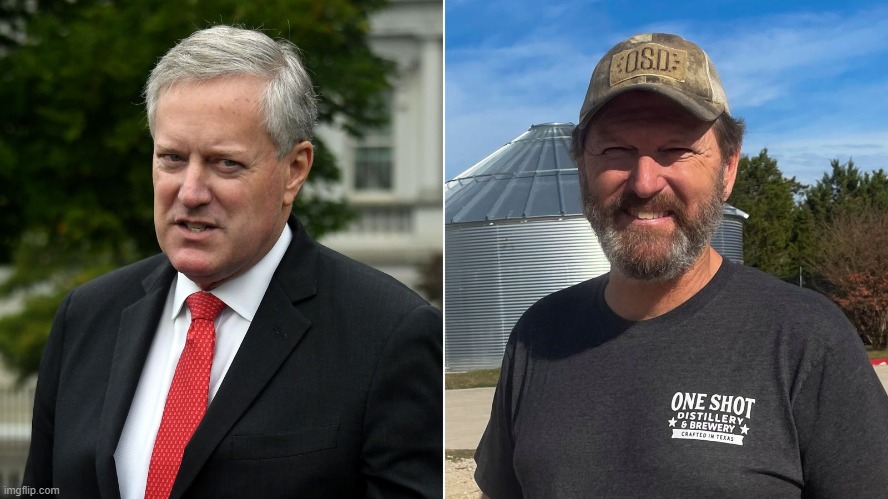 Washington CNN — As allies of then-President Donald Trump made a final push to overturn the election in late-December 2020, one of the key operatives behind the effort briefed then-White House chief of staff Mark Meadows about his attempts to gain access to voting systems in key battleground states, starting with Arizona and Georgia, according to text messages obtained by CNN.

Phil Waldron, an early proponent of various election-related conspiracy theories, texted Meadows on December 23 that an Arizona judge had dismissed a lawsuit filed by friendly GOP lawmakers there. The suit demanded state election officials hand over voting machines and other election equipment, as part of the hunt for evidence to support Trump’s baseless claims of voter fraud.

In relaying the news to Meadows, Waldron said the decision would allow opponents to engage in “delay tactics” preventing Waldron and his associates from immediately accessing machines. Waldron also characterized Arizona as “our lead domino we were counting on to start the cascade,” referring to similar efforts in other states like Georgia.

The messages, which have not been previously reported, shed new light on how Waldron’s reach extended into the highest levels of the White House and the extent to which Meadows was kept abreast of plans for accessing voting machines, a topic sources tell CNN, and court documents suggest, is of particular interest to state and federal prosecutors probing efforts to overturn the 2020 election.

The messages also provide an early window into how an effort to gain access to voting machines through the courts and state legislatures morphed into a more clandestine endeavor that is now the subject of multiple criminal investigations. Despite attempts to distance himself from the more dubious attempts to keep Trump in office, the messages underscore how Meadows was an active participant, engaging with someone who former White House officials have described as a fringe outsider peddling outlandish ideas.

Waldron, a retired Army colonel with ties to Trump’s one-time national security adviser Michael Flynn, has emerged as a key figure in the broader scheme to overturn the election and was the architect of several extreme proposals for doing so. That includes sending Meadows a PowerPoint presentation outlining a plan for overturning the election, which was later used to brief Republican lawmakers, titled, in part: “Options for 6 Jan.”

Waldron also helped draft language for an executive order directing the Pentagon and Department of Homeland Security to seize voting machines on behalf of the White House.
Reactions: gatorspeed
You must log in or register to reply here.

Conservative trump Supporters Here Have Been Defending A Transgender Insurrectionist