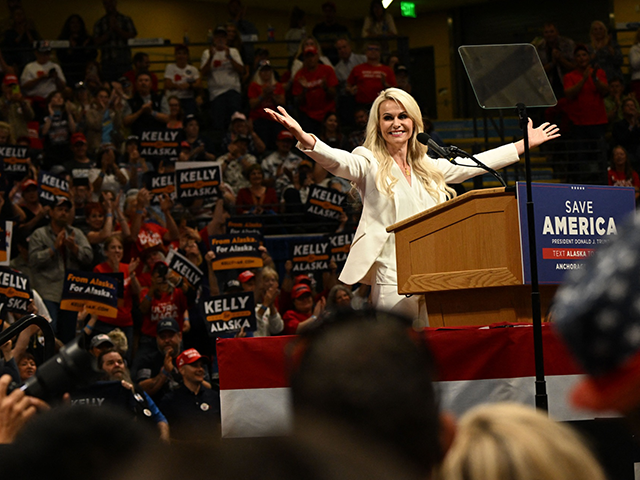 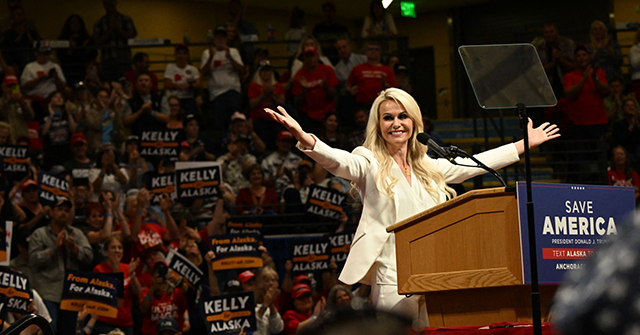 nail1988 said:
It’s not going to end well for RINOS and RATS and @RayGravesGhost

I really hope so but it's going to be very tough. All but one of the House members Trump targeted over impeachment won't be back in 2023 and it would be real nice if Murkowski somehow lost.
Reactions: nail1988 and Sawnee Cat

Gator Fever said:
I really hope so but it's going to be very tough. All but one of the House members Trump targeted over impeachment won't be back in 2023 and it would be real nice if Murkowski somehow lost.
Click to expand...

Rough ? shes up 9 points in the polls against RottenKowski 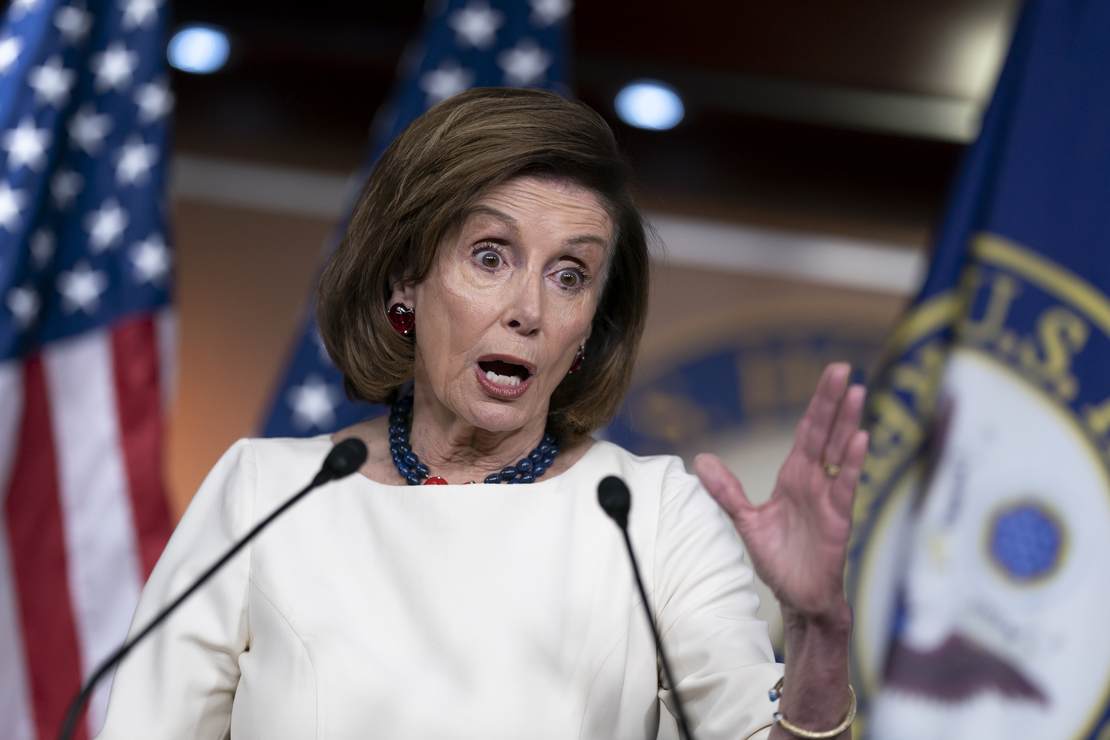 oh my. Real numbers coming in. ( Remember GOP are day of voters)

The top line there is that Republicans are returning vote-by-mail (VBM) ballots at a 6 percent higher rate compared to what they did in 2020. Likewise, Democrats are returning them at a 3.5 percent lower rate than two years ago. Does that mean Florida is about to experience a red wave? Given I already thought that would happen without this data, my answer remains yes, and this only bolsters that opinion.


Pay attention to the total votes cast compared to this same point in the election cycle during 2020. What the numbers show is that VBM is being used a lot less. That’s because COVID-19 is essentially no longer a concern, and if more people vote on election day, that historically benefits Republicans.

Further, looking at the actual breakdown of returned ballots, the gap between Republicans and Democrats is also smaller than in 2020 by a fairly significant margin. Again, that can only be good news for the GOP.

With all that, the caution here is that VBM data only tells what ballots are being returned by partisan registration, not who those people are voting for. Still, it gives us a glimpse into the enthusiasm gap that has been apparent long before the present day. Democrats had hoped the Dobbs decision would change things, but there’s no real data to back that up. Primary turnout still favored the GOP and polling consistently shows a GOP edge as well. 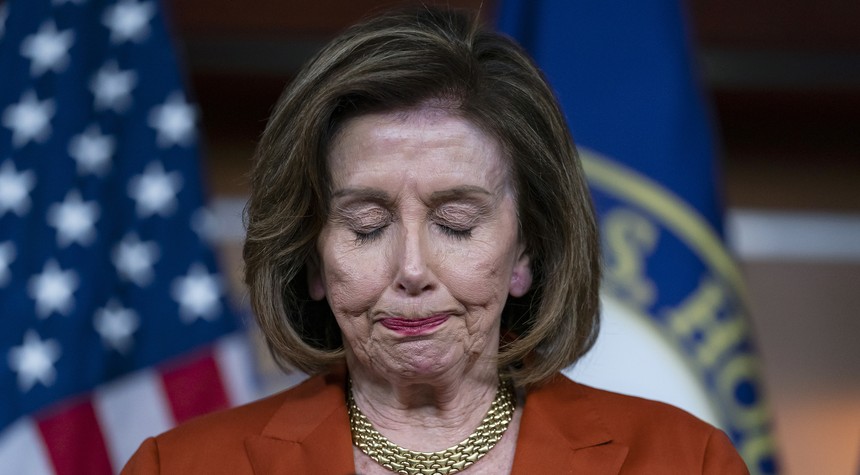 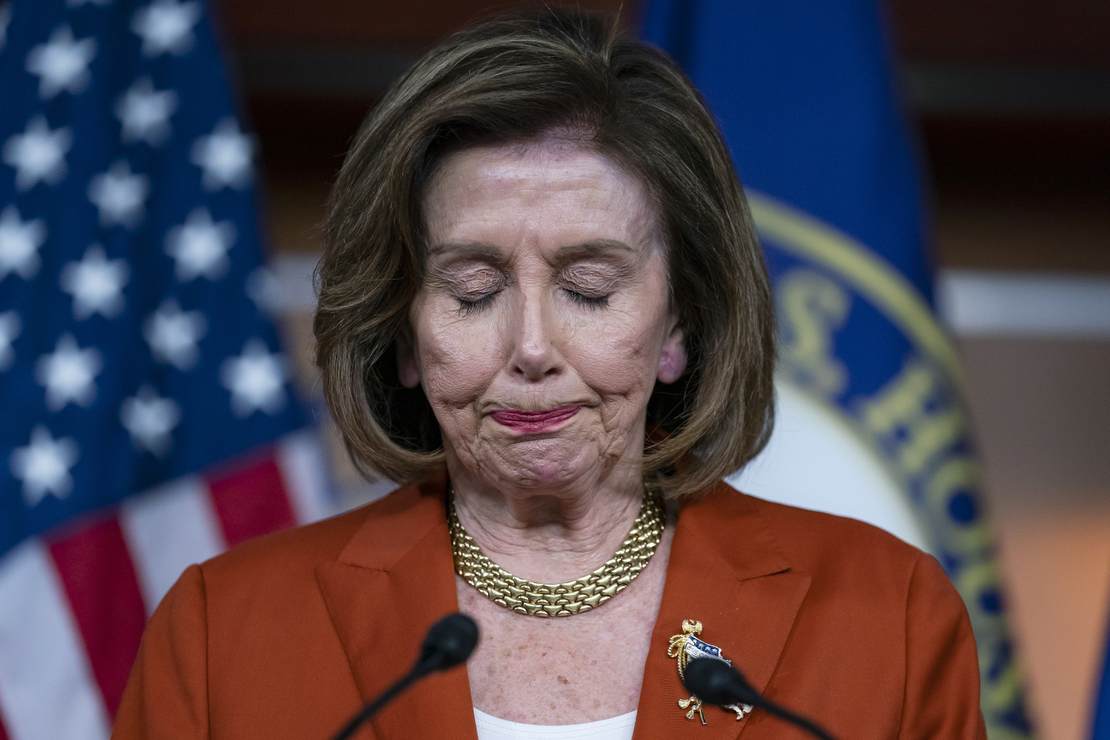 Use caution, but I know what party I'd rather be.

nail1988 said:
Rough ? shes up 9 points in the polls against RottenKowski

With that RCV nonsense most betting markets have Murkowski winning getting most Dems plus some cocktail club Reps. The jungle primary pointed to RCV voting winning it for her. That 538 stuff is nonsense not taking that into account right. It could happen but will be real tough to oust her.
Reactions: nail1988

Nike co-founder Phil Knight promised Saturday to do everything he could to keep RATS 🐀🐀 out of Oregon’s open governor’s mansion. 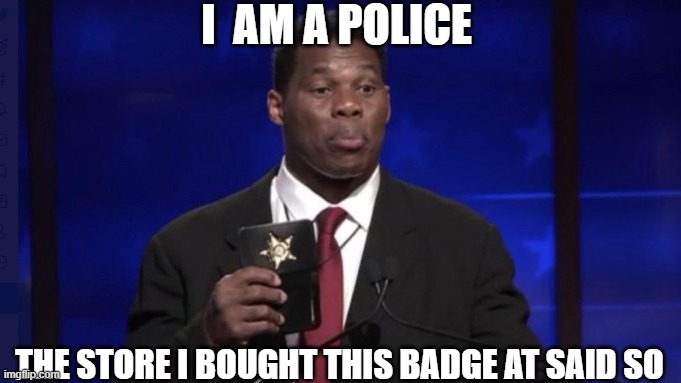 Bald faced liars...EVERY one of them
Reactions: Gator Fever

Capt Ron 1 said:
Bald faced liars...EVERY one of them
Click to expand... 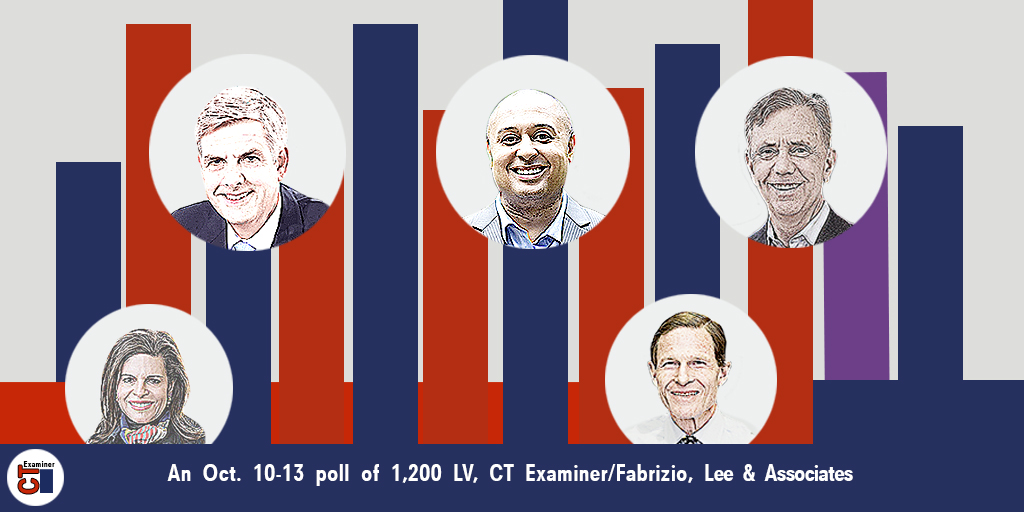 Even after decades-high inflation, pandemic, and the overturning of Roe v. Wade, a new poll commissioned by CT Examiner suggests a close race for governor in Connecticut that mirrors the results four years ago between Democrat Ned Lamont and Republican Bob Stefanowski. In a three-way contest...

Very much unlikely to get the vax, while standing shoulder to shoulder not wearing masks and Warnock is stupid enough to mention the Plandemic?
Reactions: nail1988 and Gator Fever

Gator Fever said:
The lefty polls (which are most of them) since 2014 have been straight trash almost always over estimating the Democrats.

The polls were straight trash in 2020 also and were way off % wise in many states trying to gaslight hoping to effect the vote.

NV is about the only swing state that has any history of Reps being overestimated.
Click to expand...

Did you enjoy being "gaslight"?

Now its you weren't the target of gaslighting...it was the election fraud that no one besides trump & lake are claiming? 🤣
R

You're lucky that Herschel got to a runoff... 🤣

RayGravesGhost said:
Did you enjoy being "gaslight"?

Now its you weren't the target of gaslighting...it was the election fraud that no one besides trump & lake are claiming? 🤣
Click to expand...

Unfortunately, nothing on the Trump MAGA right has aged well here.

Now, it seems both the Senate and even the House will stay in Democrats hands. This was avoidable. How?

1. Abortion is a profound loser issue for the right - the right is all for smaller government, except..... And then when pressed on Abortion, Conservatives back track on it, take it off of campaign websites, put forth 15 weeks, etc.

2. January 6th and being an election denier is a loser issue - focus on voting rules, voter ID and be done with the discussion.

4. Focus on real issues such as inflation, the border and crime.

It's amazing. Further, this may convince Democrats to push an even harder agenda left to motivate younger votes and single women. With now 51 seats in the senate, guys like Manchin lose all power (unless he flips to the R, perhaps).

RayGravesGhost said:
You're lucky that Herschel got to a runoff... 🤣

I will be very surprised if Walker wins.
Reactions: RayGravesGhost

What an ignorant ass clown.
R

navigator is good at hurling insults...not so good at proving anything with facts

djt has cornered the market on being called an ass clown 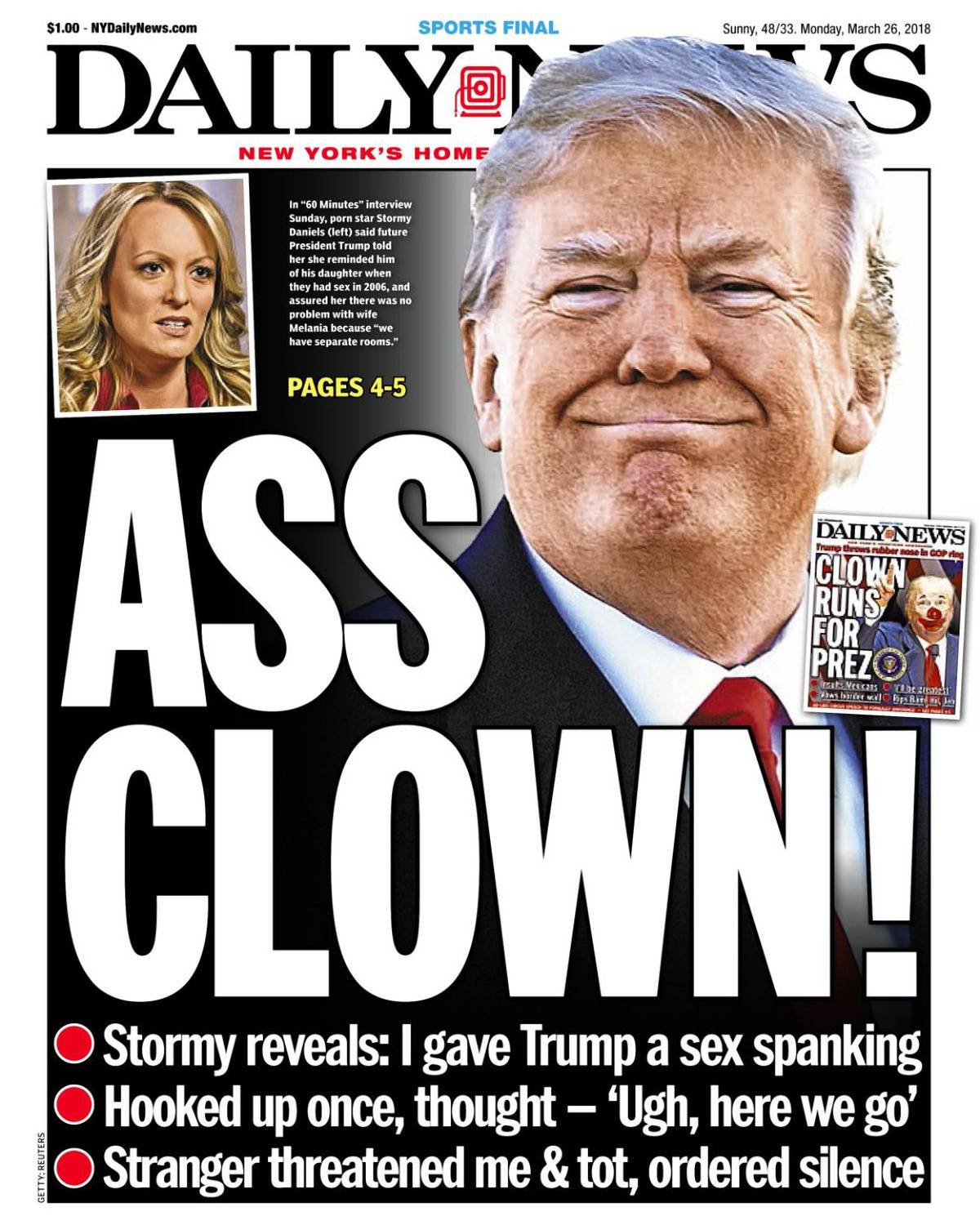 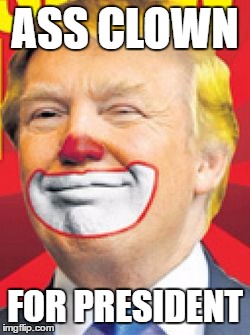 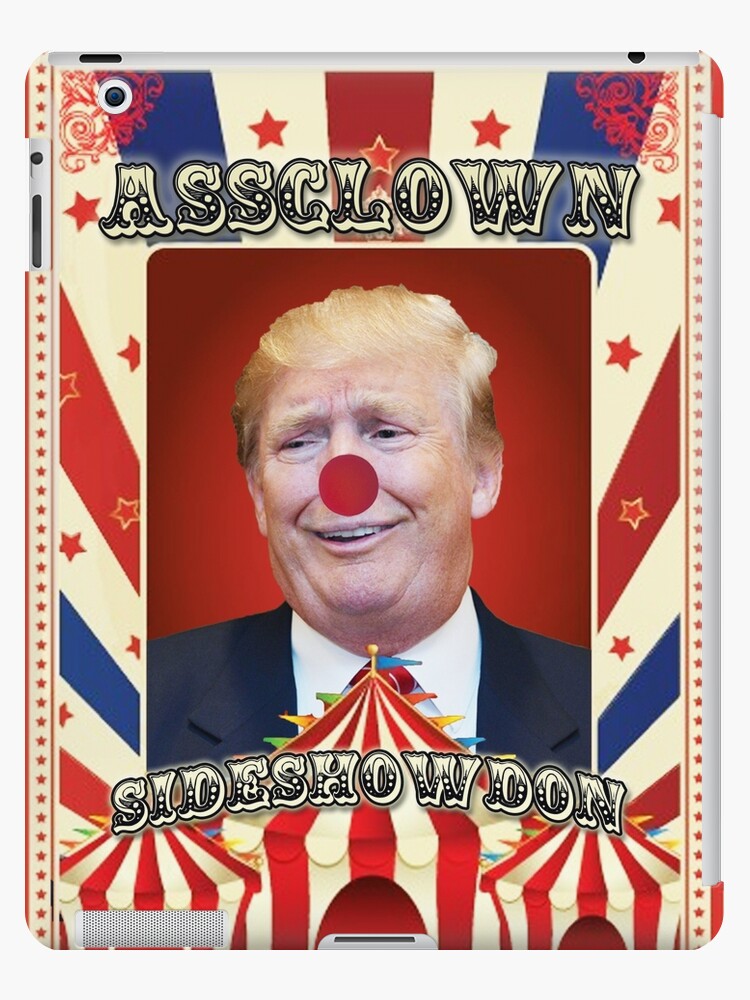 You seem to have stopped talking about the election. What gives?
Reactions: RayGravesGhost
R

The day one of these supporters of Herschel Walker, or Walker himself, discusses one issue important to Georgians lives...

...it will be the first day

Sen. John Kennedy (R-La.) was a part of Georgia Senate candidate Herschel Walker’s final campaign push on Sunday afternoon, two days before the runoff vote between him and sitting Georgia Sen. Raphael Warnock (D). While Walker himself had a number of odd things to say over the weekend, it looks like fake folksy Kennedy was intent on adding his voice to the bizarre chorus.

Kennedy, while wearing a sticker reading “RUN HERSCHEL RUN,” railed against “these high IQ stupid people” running around Congress at a campaign stop in Loganville, Georgia, on Sunday afternoon. “These high IQ stupid people have an answer for everything. You know why? Because they think they’re smarter and more virtuous than the American people,” he said.

Did that make no sense to you? Never fear, Kennedy gave rallygoers a list of how to identify this population: “These woke high IQ stupid people are easy to recognize. They hate George Washington. They hate Thomas Jefferson,” he said. “They hate Dr. Suess, and they hate Mr. Potato Head.”

To that end, the spud haters also, apparently, are going about their days carrying plastic bags full of hearty greens. “These high IQ stupid people walk around with ziplock bags of kale that they can eat to give them energy,” said Kennedy, who is notably an Oxford-educated lawyer pretending to be a regular man of the people. “If you want to eat kale, that’s up to you. I don’t eat kale. You know why? Kale tastes to me like I’d rather be fat.”

Kennedy also insisted Walker is both a “gentleman and a gentle man,” which is an offensively stupid thing to say about someone who has been repeatedly accused by former partners of physical abuse.
R

BSC911 said:
You seem to have stopped talking about the election. What gives?
Click to expand... 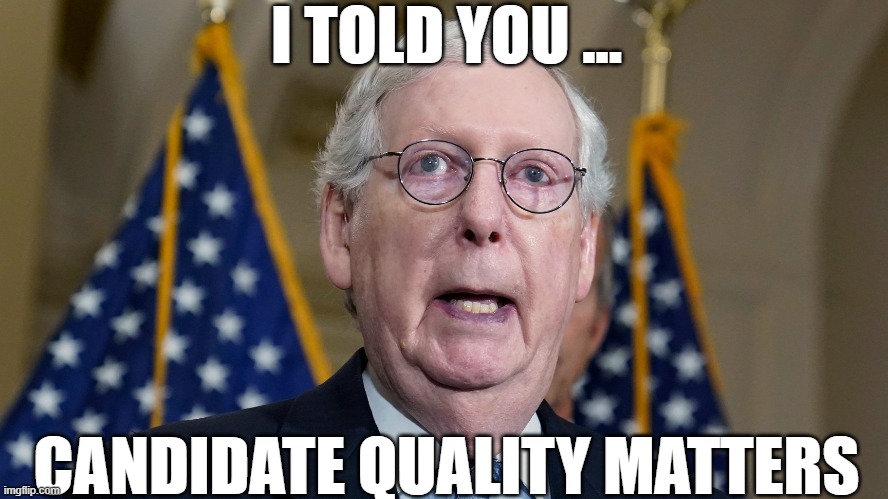 Yes - it does. And abortion - and in this case, both came together.
The most changed dynamic is that now Manchin is not a blocker. The fortunate part is that the Republicans control the house.
Off to 2024 and winning that election.
Reactions: RayGravesGhost and BSC911
R

I don't know about the "fortunate part" but yes enough of the imaginary voter fraud claims and on to governing the country & the next election
You must log in or register to reply here.

How the Republicans lost the midterms