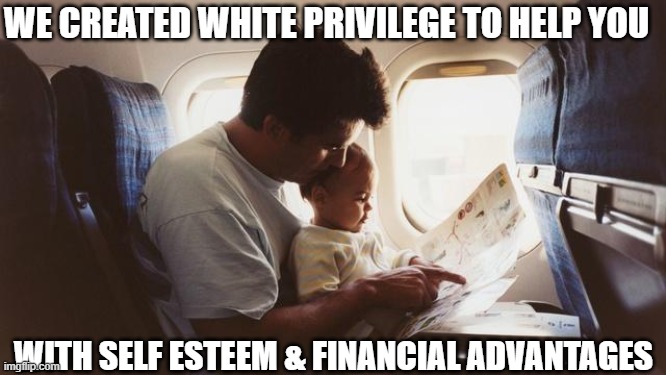 You are easily the most racist person on this board.
N

RayGravesGhost said:
Yep, nothing wrong with having white supremacist extremists in government...


https://www.yahoo.com/news/fbi-official-warned-jan-6-173812736.html
FBI official was warned after Jan. 6 that some in the bureau were 'sympathetic' to the Capitol rioters 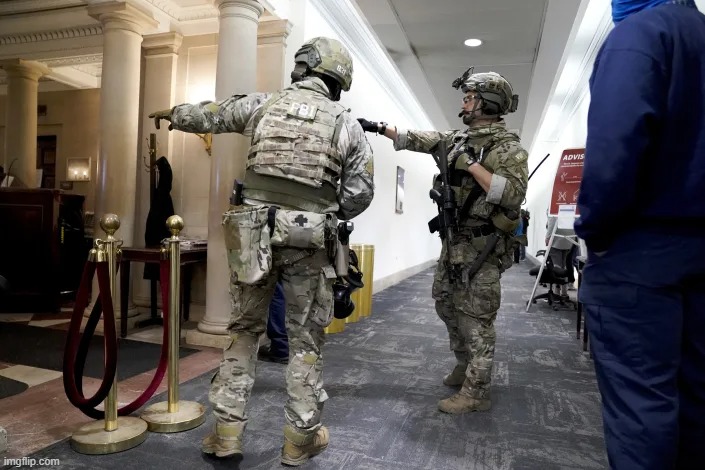 WASHINGTON — A week after the Jan. 6 attack, an email landed in a top FBI official’s inbox expressing concern that some bureau employees might not be particularly motivated to help bring to justice the rioters who stormed the U.S. Capitol and threatened lawmakers’ lives.

“There’s no good way to say it, so I’ll just be direct: from my first-hand and second-hand information from conversations since January 6th there is, at best, a sizable percentage of the employee population that felt sympathetic to the group that stormed the Capitol," and that it was no different than the Black Lives Matter protests of the summer of 2020, the person wrote in an email to Paul Abbate, who is now the No. 2 official at the bureau. “Several also lamented that the only reason this violent activity is getting more attention is because of ‘political correctness.’”

The email, recently disclosed publicly in response to a Freedom of Information Act request, reflects an issue that’s been hanging over the Jan. 6 investigation since it began: the notion that there are some in the bureau who weren’t, and aren’t, particularly driven to bring cases against the Capitol rioters. 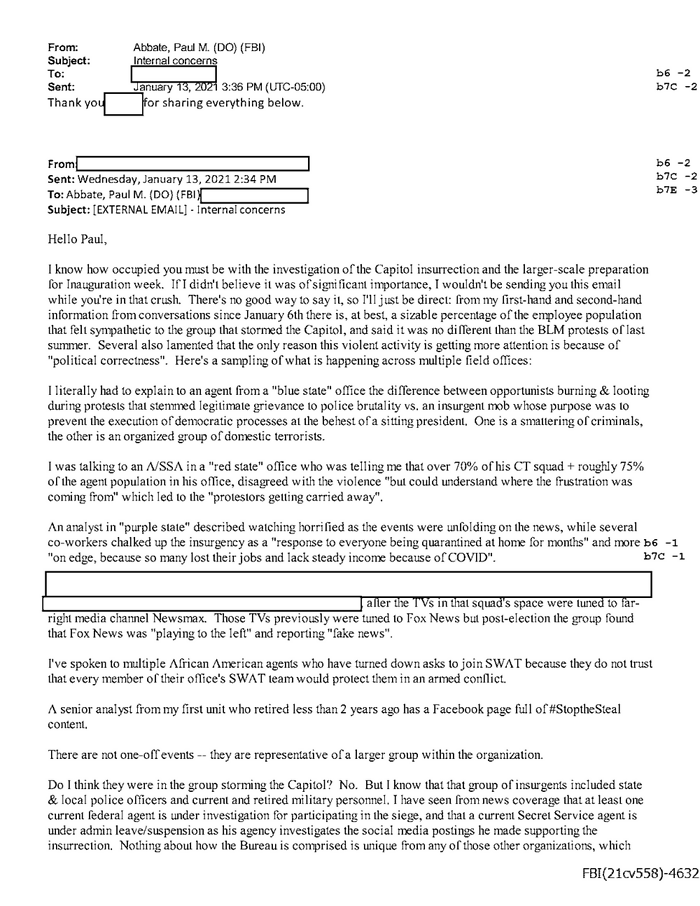 The Jan 6 so called "insurrection" was staged and choreographed by Democrat operatives. Some of these operatives were FBI personnel. Of course this is just my opinion.
R

BamaFan1137 said:
You are easily the most racist person on this board.
Click to expand...

Here's ANOTHER example of racist extremists in law enforcement / military

Think this guy's racist beliefs doesn't affect how he conducts himself in his professional life?

Conservatives like you scream injustice because of the perceived political bias of 2 FBI agents investigating donald trump...

So what do you say investigations conducted by racially biased cops like this?


https://www.yahoo.com/news/marched-nazi-rally-charlottesville-then-211807571.html
He Marched At The Nazi Rally In Charlottesville. Then He Went Back To Being A Cop.
Christopher Mathias
Thu, October 13, 2022 at 5:18 PM·16 min read 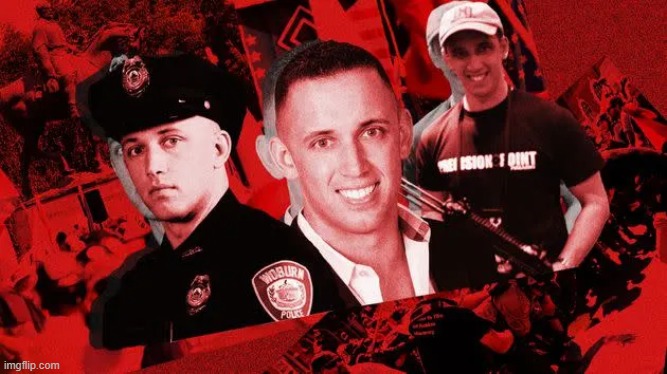 A Massachusetts police officer attended the deadly “Unite the Right” rally in Charlottesville, Virginia, five years ago and acted in key security and planning roles, HuffPost has confirmed. He also used an alias to post racist and antisemitic comments online. The officer, John Donnelly, was still an active-duty member of the police force until Thursday, shortly after HuffPost inquired about his status with the department and role in the deadly white supremacist rally.

Donnelly, 33, was a patrolman for the Woburn Police Department near Boston, where he has been employed since 2015.

But on the morning of Aug. 12, 2017, Donnelly could be seen on video arriving at the Charlottesville rally with Richard Spencer, a prominent white supremacist for whom Donnelly was apparently acting as a security guard. Spencer, Donnelly and a coterie of other suit-and-tie fascists worked their way into a city park where they held court beneath a statue of Confederate Gen. Robert E. Lee, posing for photos and talking into livestreams.

Donnelly was among hundreds of white supremacists who invaded the university town. His fellow attendees violently attacked counterprotesters, with one neo-Nazi driving his car into a crowd of anti-fascists, killing a 32-year-old woman and injuring 19 others. That evening, Donnelly went to a party at a house near Charlottesville, where he joined in a celebration of the day’s events.

Donnelly then returned to Massachusetts and resumed his job as a cop.

His white supremacist activism and involvement in the Charlottesville rally has gone unknown for five years, during which time Donnelly — while still working as a police officer — became the president of a “back the blue” nonprofit raising money for law enforcement, as well as an award-winning real estate agent whose face is featured on a massive billboard in Woburn, a Boston suburb.

But last month, an anti-fascist collective called Ignite the Rightprovided HuffPost with evidence showing Donnelly attended the Charlottesville rally and connecting him to a series of deeply alarming messages posted online in which he advocated violence against leftists and minority groups.

RayGravesGhost said:
But when someone makes a completely factual statement you pop in to call them racist without reason 🤣
Click to expand...

A completely factual statement? LOL, whatever you say, racist.
You must log in or register to reply here.